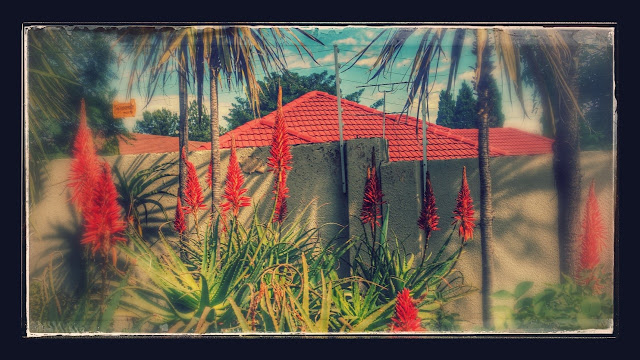 My brother André immigrated to Australia in the mid-2000s. He decided to leave the country as he had been mugged and did not have suitable engineering projects in his field as they had been cancelled. He was an expert in placing dolosse on breakwaters and affluent pipelines into the sea. He loved running and cycling having completed over ten Comrades Marathons and half a dozen Iron Mans. He loved running and like me he also enjoyed cycling. The best memories were of us on the road either cycling or when I was helping him with his Comrades training.

The other thing he loved was the Springboks. Although we knew they were the South African Rugby team, to us they were the Springboks. It was easy to support a team that had an animal as a mascot and I just followed in his footsteps with his enthusiasm. But that is not what really mattered. It was the watching the game with him or being on the road together. And you do not realize that until he is not there. JT Elliot must have had the same emotions when he lost contact with his brother Windhond when he disappeared in Argentina ever to be heard from again.

As Gadhafi was being overthrown in Libya, Kath passed on and André went straight from his work and climbed onto a plane from Australia to South Africa. All he did was to be here with me, nothing else really mattered. André passed on just before a mass murderer shot into a country music concert in Las Vegas the States and it was my turn to climb on a plane. André passed on from a heart attack riding a cycle race in the eucalyptus forests of Dwellingup in Western Australia. We left a ghost bike in the forest to mark the spot where he passed. A ghost bike is a bike painted white and left as a memorial at the location where a person died.

In present day society there is an over infatuation with social media such as whatsapp, facebook, twitter or even tiktok. Even politicians even have that disproportionate reliance on using it. However, the best interaction is not social media is but being together. The Irish best describe this as Craic. No, it is not to be confused with substance abuse as it is a common Irish term. Often when people meet around a braai, dinner table, or share either a pot of beer, bottle of wine, a cup of tea or a mug of coffee a conversation is likely to happen. This conversation is invariably about things and is referred to as Craic. And it is best reinforced with a good bottle of whisky (typically an Irish one, which would be known as a whiskey). Now talking about why some people call it whisky, and other whiskey is good Craic.

Craic is often a discussion about things that spark a debate or lead to an extensive and prolonged engagement. Things in our world are objects that exist or have existed for a long time. We typically assume that things in our modern world have only been around a short time but invariably many things have been known for a longer time that what we give it credit. Common things in our modern world like phones, computers and nuclear energy are now generations old but we still have the impression that their use has been only for a short period of time. We also do not give credit to the sophistication of ancient’s things including our civilization, language, and number systems. What would the Craic have been when the slaves sat around the braai when the Pyramids were first built?

Now the technologists usually revert to using smartphones to Google the thing that is being discussed. This is often not a definite source and does not work when the batteries are flat or there is no mobile signal. And I have yet to find that google out trump’s whisky/whiskey as a reference! 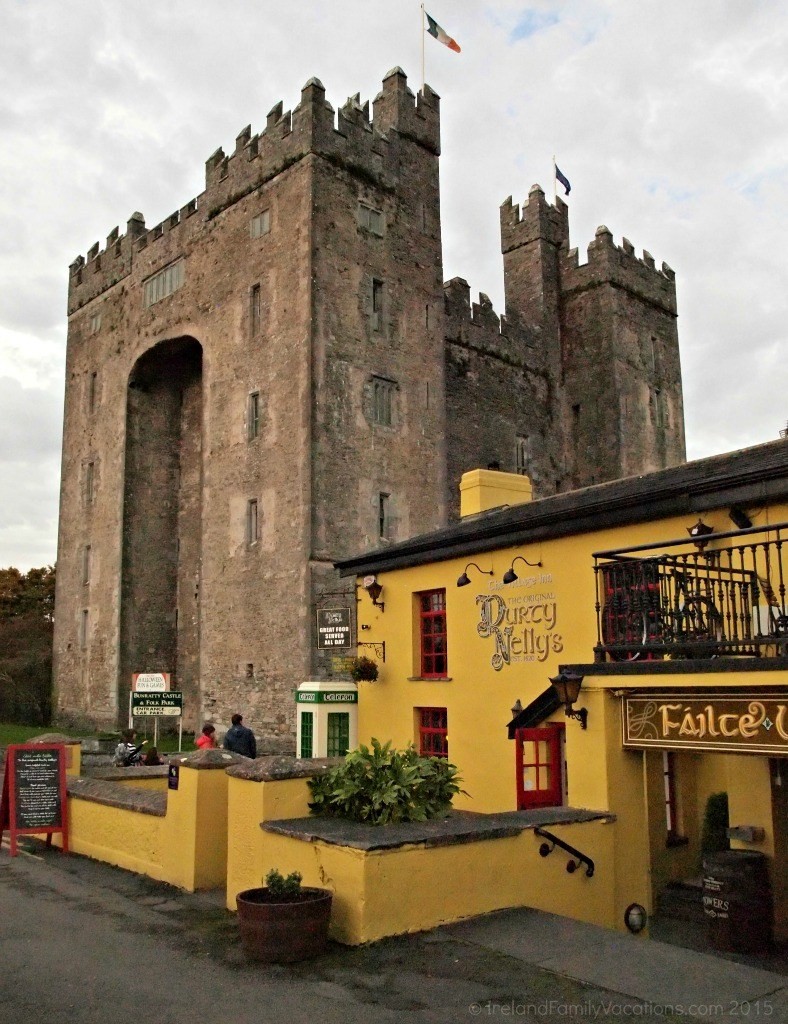 Craic addresses the questions, what and why and when and how and where and who about things. You will find awesome Craic at a little pub called Durty Nelly's which is located on the road between Limerick and Shannon in Ireland. I often wander there in my imagination. There I could tell people about things, not write about it or #hashtag...

The Raite river flows into the Shannon estuary just south of Bunratty Castle. At this point the level of the river is also influenced by the tides. Right next to the river and tucked into the shadow of Bunratty castle is Durty Nelly's. Durty Nelly's is a pub, one of the only ones in the world like it and has been there forever. The first thing you notice about the pub is the huge sign outside. You pause for a moment to wonder who is Durty Nelly? She was the owner of the shebeen. On one side of the pub is a pigeon loft. You can hear the cooing of the pigeons raising slightly above the sound of the enjoyable conversation, Craic, if you concentrate. Durty Nelly's abounds in Craic.

The pub consists of two levels. As dusk settles in, and the mist moves in from the River Shannon, the place is lit up by the warm glow of a peat fire. You walk over the sawdust spread on the floor and find a table next to the peat fire. Occasionally, an American tourist will wander in, dressed head to toe in green. Someone starts playing a piano and which is often accompanied by a Bodhran. Typically, after a few pints of Guinness, you join in the singing, enthusiastically the Fields of Athenry.

Durty Nelly's is next to Bunratty Castle. Most evenings you can enjoy a medieval banquet in the castle and listen to the most amazing music and song as in the video above. At this banquet it is Mead, a honey-based drink, that lubricates the Craic. I am not Irish, but craic really matters.

A pot of curry

Now during the depressing Zuma years, I was invited for an interview on the notorious Gupta owned television station, ANN7. My boss was deep in cohorts with Zuma and was at one stage chairman of his foundation and had arrange the spot to promote the wireless business at which we worked. It was known as Wireless Business Solution and would eventually become known as rain. The interviewer was with Gerry Rantseli Elson and I was on for a whole two hours. I had an extensive chat with Gerry about broadband and during a break she experienced a memorable wardrobe failure. It was not in retrospect a proud moment and Gerry was also booted for arguing with the Guptas. 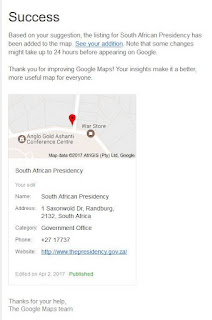 Zuma and the Guptas were the centre of corruption and nepotism. Notoriously, the flip flop politician Malema accused Zuma of selling the country over a pot of curry.  At the height of this there was the strange occurrence of the Saxonwold Shebeen. One of the main protagonists was a bloke named Brian Molefe. I was tracked and recorded travelling many times to Saxonwold where the Guptas lived. These shenanigans were all exposed in a report released by the Public Prosecutor Thuli Madonsela named the State Capture report. Molefe justified this by stating that he was visiting a shebeen in the area. In was a source of great amusement in the country. The Guptas lived at 1 Saxonwold Drive and the press was full of reports of compromised government ministers visiting the location and leaving with bags of cash.

Eventually, Zuma would be ousted, and the country is still dealing with the aftermath of the controversial presidency. The Guptas skipped the country with the help of those compromised minister also managed to siphon out a few billion Rands. However, at the height of the Zuma Presidency I decided it would be a good April Fool’s joke to move the Office of the Presidency to 1 Saxonwold Drive on Google Maps. I made the change, then forgot about it. Two weeks later the headlines proclaimed the address change.  The whole country joined in making hilarious reviews of the listing. This was by far my greatest prank, absolute incredible craic and something that would be a nuclear level repentance event in terms of the Kwasizabantu indiscretion meter!

I suppose these stories here are mostly craic and I wrote about personal experiences. There was one great world leader I never met or who was not alive in my lifetime and that was John F. Kennedy. However, his greatest speech was “Ich bin ein Berliner!” It was about aligning yourself with those who wanted and needed you the most. I have a South African passport and do not qualify or have any other citizenship. So maybe I am a South African but given all the stereotypes and categories with which I have failed to find an association, of all the things I am not. The Berliners found an affinity in Kennedy who went out of his way to align themselves with their cause which also suited his greater disagreement and resistance to the expansion of communism and the growing influence of Soviet Russia. The universal association of “Ich bin ein Berliner” is something with which I have a great affinity.

This article was originally posted on LinkedIn:  What really matters