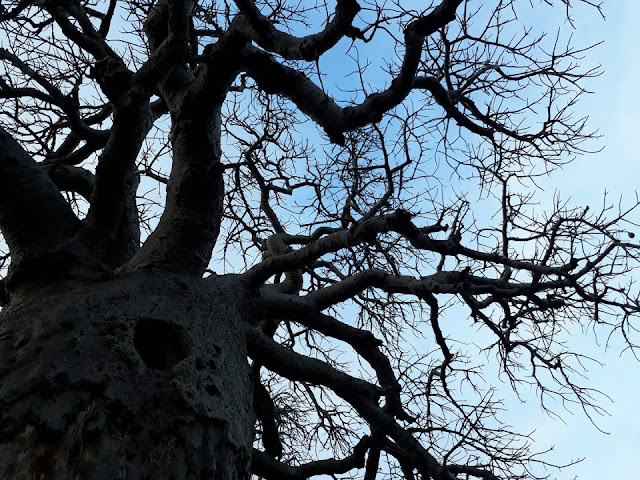 One of the great trips I had, was to the Costa del Sol, or is that the Costa del Golf. It was a Madge Networks Sales Conference. We stayed in Marbella and flew into Spain landing at Malaga. We flew from South Africa via London and on the plane were a whole load of Germans. The Germans could not speak a word of English and I was trying to make conversation with the dude next to me in my best primary school German. It was hilarious.

When we landed, we collected our baggage and, on the way, out I saw the same German dude and his friend were talking to a Spanish baggage agent about his luggage. The conversation was going nowhere. A Spaniard and German trying to speak English which neither of them able to. I thought I would help and worked out he had to go to the baggage counter. Our transport had not arrived yet, so I thought I'd help him. We went to the counter where I eventually was able to determine the airline had his luggage and would fetch it for him. They arrived with a huge black dustbin bag. The German looked inside and all we could see was a mess. All the German could say was, "Was ist hier los?" and all the Spanish agent was doing was shrugging his shoulders. My transport arrived and I beat a hasty retreat, even though I had huge sympathy for my unlucky travel companion.

On a previous trip to Europe, I had landed in Schiphol Airport in the Netherlands. At the carousel, the passengers laughed as a pair of underpants came past. I laughed as well although the underpants look extremely familiar. Next came some socks, and other pieces of clothing which also looked like mine. Finally, out popped my suitcase that was ruptured and well and truly flattened. I collected the bits and went to the airline’s handling agent. It seems my suitcase had fallen off the trolley on the apron and had been run over by a 747. The airline provided me vouchers to replace my clothes and suitcase. The only hardened suitcase available was a green and pink one which I would continue to use for years afterwards. It stood out like a sore thumb.

The first activity on the agenda for that trip to Spain was parasailing. Before that I learnt the only words of Spanish that I know, "Uno cerveza por favor." The boat that towed us for parasailing had a huge deck from which we launched. I was first up, and the operator asked me how high I wanted to go. Of course, I said, all the way. I was released and after a few minutes the boat became a speck in the ocean below me. I could see Africa and then noticed the clouds drifting past me. At that moment I also noticed that the harness was rusted. Damn! My poephol tried to exit my body out of my throat. I had a long journey down, trying not to imagine the harness detaching.

Next we went go karting. The track was amazing and a proper racing circuit. Some of the karts were also high powered with paddle gears. We tore around the track at high speed and there was a female driver who humiliated us by lapping us. I was leading Peter, a work colleague, around the track, and entered the chicane. I hit my brakes, he did not. He pushed me into the hay bales and my kart ended up on top of me. I cracked my ribs. The next few days were spent around the pool with pain killers and alcohol.

The day before we left Spain, we decided to go for a cycle. My ribs were not that sore anymore. The hotel had some MTBs and after obtaining directions we disappeared down the road and onto a dirt road. A few kilometres down the dirt road we came to a river crossing. I was in front and after crossing stopped to make certain everyone else was also able to safely cross. A couple of metres downstream from where we were crossing was a gypsy. She was doing her washing and started cursing profusely about the dirt we had disturbed in the river with our bikes. My riding companions has disappeared on down the road and I was trying to say sorry, but her mouth made even the sailor in me blush. I then heard another sound. It was the unmistakable sound of a large truck's air brakes. Around the corner came a huge dump truck. It crossed the river and create a mini tsunami. It took the gypsy's washing and dumped it a few feet up the riverbank. The gypsy was silenced and dumbstruck! I did not wait around for here to find her senses again. On the way back to the hotel we stopped at a little inn to have a beer. We discovered that for the price of a bottle of water in the hotel, we could have six beers. We spend the rest of the day there.

Although Spain was a great destination, one of the best party places in the world is Elephant Hills at Vic Falls. Been there twice. First in a DC3 and then in an Air Zimbabwe 707. The 707 must be the noisiest aircraft ever. You really knew you were in a jet as it shook your bones! Those were legendary parties, but I was young and too embarrassed to jump kaalgat into the swimming pool like the rest. Regardless, first time I had beers before breakfast.

One of the attractions at Vic Falls is white water rafting on the Zambezi. The first time was exciting; however, our raft never came unstuck. That was probably not a good thing as on the second trip I was a bit more blasé.

One of the rapids is a grade five rapid. This rapid is too dangerous to go over, so we are meant to walk around it. As we were approaching it and heading for the side to disembark, I was sitting nonchalantly on the side of the raft. The raft stopped suddenly as it hit a submerged rock and I went overboard. I was in the water and everyone, including myself pissed ourselves laughing. I then started to swim back to the raft but noticed I was not moving. The current was tugging at me. I put my head down and churned the water. All to no avail as I was pulled into the rapid. A rapid is an explosion of bubbles and you cannot float. I suspect I was dragged through the rapid scrapping the bottom. I tried to breath but instead swallowed water. I closed my eyes and made a promise to God.

I washed out into the pool at the bottom of the rapid. If I did not have a life jacket I would have sunk as I was too weak to move. And if I were not wearing a helmet, I most probably would have smacked my head against a rock without any protection. Someone threw a rope, but they had to do it again as the first time I could not move my arms.

Once on the side I hurled water, breakfast and I suspect beer. The rest of the trip on the raft, I held onto the safety rope even in the calmest of the waters.

This article was previously published on LinkedIn: The Gypsy