The Church in Sleepy Hollow 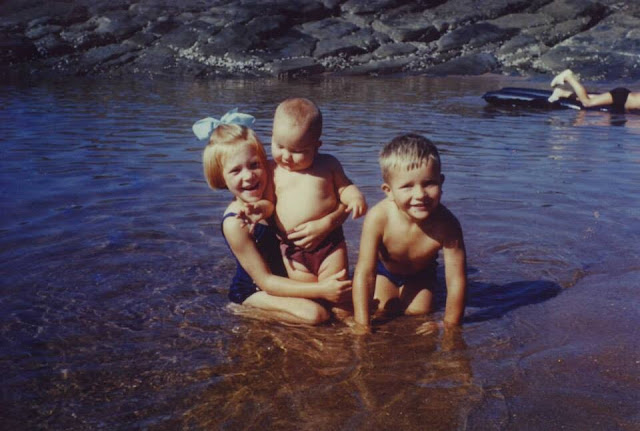 The first motorcar I can recall my dad owning was a Valiant. It was a big car and was partnered with my dad's Bedford truck at our farm located between Pietermaritzburg and Greytown. Pietermaritzburg is known as Sleepy Hollow. It is a dull place with not much happening in the town, except the yearly world famous ultra marathon known as The Comrades. Except for the time it came to world prominence for looting. Not much of a feather in the town's cap.

The Bedford was a solid workhorse and was built with curves unlike any modern day equivalent cybertruck. That was replaced by a string of Mercedes-Benz cars, a 280 SE, a 280E, a 300D, and a 200. The latter two would take me to Grey College at least eight times a year if not more. In my last two years of high school my dad would allow me to take the wheel and drive. My dad would always register the cars as NH 3000, and in the mail would receive a magazine, called "In Alle Welt" from Mercedes-Benz. Mail has exited from our lives but that was one of the primary means of communication and doing business. The other being a Bakerlite phone.

The dirt road to our farm had a perfect hump near the fake castle of the neighbours, which when taken at speed would churn your stomach. The kids would all set on the back seat and we would watch as the speedo climbed to 200km/h. My mom would be an enthusiastic participant in the escapade and for my friends from school it would be the highlight of the trip to the farm.

After the Bedford and a Chevrolet El Camino, my dad started buying a string of Datsun/Nissan 1200/1400 bakkies. I even borrowed that to go on our matric holiday after graduating from Grey College. Notably it was used to cart many inebriated school friends from the Wild Coast Hotel where we went a strip show. In those years, South Africa was still suppressed and heavily censured. Strip shows were illegal, and magazine were not allowed to publish and pictures of naked woman. The most popular magazine of the time was the Scope, where the centrefolds had white stars over their boobs. The Wild Coast Hotel was in the Bantustan of Transkei which allowed those strip shows as well as gambling. As South Africans we were meant to be pious Calvinists.

My parents and the neighbours together owned a yellow VW Combi. My siblings would use this to go to school for both primary and high schools at Wartburg-Kirchdorf. I would ride the Combi to primary school only as I went later to Grey for High School. I would always try and sit in the dog box at the back. This allowed me to read books without being disturbed by the rest of my fellow unruly passengers. My best memories of those trips are drinking Coca-Cola from a glass bottle which we bought from the New Hanover Tearoom. There is nothing better than finding a glass bottle of coke in a shop and buying it as it triggers those pleasant and carefree days.

There is another tearoom in which my family was involved. My mom’s family on her maternal side were part of the Gert Maritz trek party. On a fateful day, a fellow trek leader, Piet Retief, decided to strike a deal with Dingane, Shaka’s brother. Maritz had heard via the grapevine that meeting Dingane would be unwise. However, Retief rode up to Maritz’s tent, called him a coward and proceeded to walk into an ambush in Dingane’s kraal.

The Boers extracted revenge from Dingane in the Battle of Bloedrivier. At this battle the Boers concluded a covenant whereby they agreed to build a church to honour God if they won the battle. This was duly done, and a church was built in Church Street in Pietermaritzburg. Before the Anglo Boer War, the church was sold and would be used in various commercial iterations including that of a Tearoom. In the year before South Africa became a Union, my mom’s grandmother would contribute the single biggest portion to the funds to repurchase the church which would eventually become the Voortrekker Museum.

Most Afrikaners are unaware of this part of their history, have never visited the Church or are even aware of its existence. Ironic as it means the Covenant that was made was broken. Most believe that the Covenant was the marking of the day of the Battle of Bloedrivier as a day of worship. This is also the narrative in James A. Mitchener’s book the Covenant.  The Church a forgotten side artifact of a history rewritten.