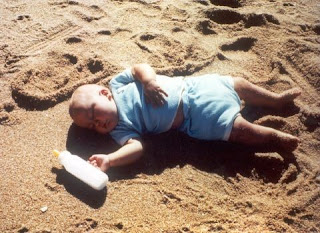 Bill Gates is a rich man.  At one stage he was the richest.  However, many people believe he is inherently evil because he funds vaccine research and as a result the conspiracy theories abound.   His opponents have a number of problems and attempt to restrict his behaviour.  They say he is no vaccine expert but ironically they think themselves qualified to make that observation to which they themselves invariably don't measure up.  The fundamental point they miss is that Bill Gates has never himself done the work but hired the best in the world to do it and as such promotes it.

At the heart of it all is an intellectual bigotry.  It is similar to other forms of bigotry that exist and also abounds with name calling.  Its juvenile behaviour that involves throwing insults and encouraging a few of your compatriots to join you in your crusade to malign an individual.  None of it is rational or objective.  It is all subjective and discriminatory.

Heck, the phenomenon is not new.  In the modern era the best example is Turing who became the victim of this.  He ended up being chemically castrated and developed a psychosis that triggered him to commit suicide.  Another is Da Vinci who was persecuted for his rational theories and made to substitute them with illogical ones.

Bill Gates made honest money and he has applied that wealth honestly.  Propagating conspiracies about his actions?  Tsek!

When I studied Computer Science at Maties in the Eighties we were made familiar with Turing's theories. We had to know them damn well to graduate.  Never knew his personal circumstances until seeing the movies Enigma and Imitation Game. That perception didn't change the fundamental observation that Turing changed the course of world history and how we adapted and use technology in everyday life.

I have received a multiple number of technology certificates, possibly more than seven, with Bill Gates signature on the bottom.  Tada!