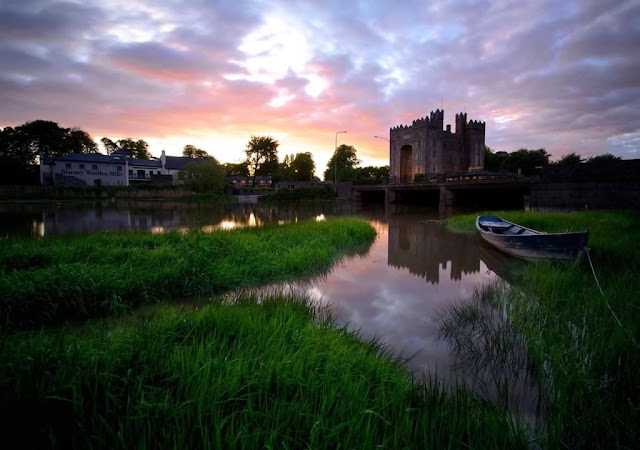 Today it is all about social media such as whatsapp, facebook, twitter or even LinkedIn. However, the best social media is Craic. No, it is not to be confused with substance abuse. Let me explain. Often when people meet around a braai, dinner table, or share either a pot of beer, bottle of wine, a cup of tea or a mug of coffee a conversation is likely to happen. This conversation is invariably about things and is referred to as Craic. And it is best reinforced with a good bottle of whisky (typically an Irish one, which would be known as a whiskey). Now talking about why some people call it whisky, and other whiskey is good Craic.

Craic is often a discussion about things that spark a debate or lead to an extensive and prolonged engagement. Things in our world are objects that exist or have existed for a long time period. We typically assume that things in our modern world have only been around a short time period but invariably many things have been know for a longer time period that what we give it credit. Common things in our modern world like phones, computers and nuclear energy are now generations old but we still have the impression that their use has been only for a short period of time. We also don’t give credit to the sophistication of ancients things including our civilization, language and number systems. What would the Craic have been when the slaves sat around the braai when the Pyramids were first built?

Now the technologists usually revert to using smartphones to Google the thing that is being discussed. This is often not a definite source and does not work when the batteries are flat or there is no mobile signal. And I have yet to find that google out trumps whisky/whiskey as a reference!

Craic addresses the questions, what and why and when and how and where and who about things. You will find awesome Craic at a little pub called Durty Nelly's which is located on the road between Limerick and Shannon in Ireland. I often wander there in my imagination. There I could tell people about things, not write about it or #hashtag...

The Raite river flows into the Shannon estuary just south of Bunratty Castle. At this point the level of the river is also influenced by the tides. Right next to the river and tucked into the shadow of Bunratty castle is Durty Nelly's. Durty Nelly's is a pub, one of the only ones in the world like it and has been there forever. The first thing you notice about the pub is the huge sign outside. You pause for a moment to wonder who is Durty Nelly? I imagine her to be a lady with which you could not keep eye contact, if you know what I mean! Wink, wink, say no more! She was the owner of the shabeen and would be extremely friendly, wink. I don't know the truth, but my version works for me. On one side of the pub is a pigeon loft. You can hear the cooing of the pigeons raising slightly above the sound of the enjoyable conversation, Craic, if you concentrate. Durty Nelly's abounds in Craic.

The pub consists of two levels. As dusk settles in, and the mist moves in from the River Shannon, the place is lit up by the warm glow of a peat fire. Someone starts playing a piano and which is often accompanied by a Bodhran. Typically, after a few pints of Guinness, you join in the singing, in a drunken slur, not caring that you sound worse than Billy Mack singing, "Christmas is all around." Then follows the ritual to buying a round. A Guinness is pulled and then placed on the counter to set. You wait 125.27 seconds for the Guinness to settle. You become memorized by the Guinness bubbles and think to yourself, "are those bubbles really going down?" The bartender then does the second pour. If he or she has forgotten to trace a Shamrock on the head of your Guinness, you admonish him or her and ask for the Shamrock. You then take that first long sip, which leaves you with a big creamy mustache on your upper lip. Yes, it is an art (or physic - see the video below).

You walk over the sawdust spread on the floor and find a table next to the peat fire. Occasionally, an American tourist will wander in, dressed head to toe in green, and you split yourself laughing as images of Kermit the Frog flood your brain. In Durty Nelly's you always talk about the happy times. Craic is not about crying. And if you faceplant on your way to the heads, there is always a helping hand to steady you. And during the course of the evening, you will raise you glass multiple times, joining in the chorus of Slainte. At the end of the evening you stumble outside into waiting taxi's. Often you climb into the wrong taxi and after some confusion climb out and then find the right one.

Durty Nelly's is next to Bunratty Castle. Most evenings you can enjoy a medieval banquet in the castle and listen to the most amazing music and song as in the video above. At this banquet it is Mead, a honey based drink, that lubricates the Craic.

So let me share you some Craic by telling you the story of my first trip overseas to Ireland to attend the wedding of Liz and Noel. The day after I arrived we had to go and fetch Noel's hired suit from Cork because the suit hire company did not have it in the Limerick shop and if they shipped it it would not arrive in time for the wedding.

So Noel and I drove from Shannon to Cork. We picked up the suit and started the journey back. That evening was a dinner with the whole wedding party and we had to be back in time for it. However, since we still had the whole afternoon, we stopped by Blarney Castle to kiss the Blarney stone. You climb to the top of the castle ruin, have someone hold your feet, and then lean over the edge to kiss an old part of the wall. The hygiene of the action is questionable.

We still had a few hours to go before evening and having to be in Shannon. Now in those days, Ireland did not have many highways. The roads would meander in and out of the little towns. These little towns would consist of about five homes of which three would be pubs. In one of these little towns we encountered a traffic jam. A Guinness truck and a tractor pulling a trailer of hay had met in the main street of the town and were unable to move past each other. The traffic jam stopped us right outside one of these quaint little pubs and after about 30 seconds we both thought it a damn good idea to pull over and have a pint. Noel bought a round, I bought a round. We enjoyed some craic with the owner and not wanting to offend him we bought another round and very soon it was dusk. By this time the traffic jam was long cleared and we had to jump in the car and race back to Shannon.

The next day we surfaced and had a great Irish breakfast at a little place in the middle of Shannon in an old reed roofed cottage. Arriving back, we encountered Liz, her mom and brother. We were tasked to go and fetch the wedding rings from Limerick. Noel and I were told quite clearly that we were irresponsible and Liz's brother Brian would escort us to Limerick to fetch the rings and make sure we were back on time at church for the wedding rehearsal. Brian had just flown in from America the previous day. We jumped into the car and fetched the rings in Limerick. We dutifully avoided all the pubs in Limerick and proceeded back to Shannon. Halfway on the road between Limerick and Shannon we came up to the little town of Bunratty. Brian is driving and sees the off ramp to Bunratty coming up and takes it. We ask him why he is taking that route as it's not the shortest. He answers that it is years since he has been to Durty Nelly's and a few pints won't make us late. He was the one appointed in charge, so who were we to object?

Needless to say, we were late. I remember well Liz's mom furiously reprimanding her son with, "Wipe that smirk of your face, Brian McGee."

Craic, there will never be an app for that! Sorry whatsapp!

This article was published over at LinkedIn: The best social media requires no batteries