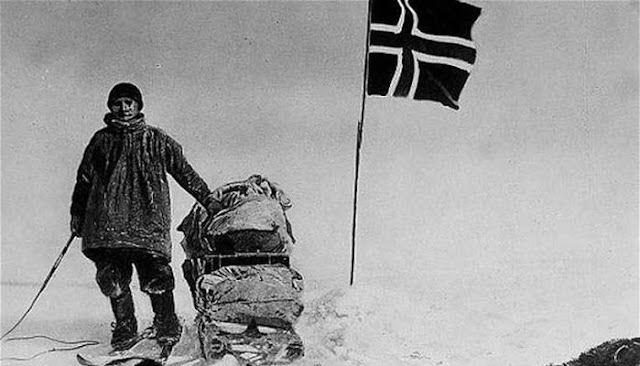 It is often mentioned that to be a great leader you need to study great leaders and emulate the best of their qualities. One of my greatest heroes is Roald Amundsen, the first human to reach the South Pole and the North Pole.

Amundsen's expeditions benefited from good equipment, appropriate clothing, concentrating on the primary goal, an understanding of dogs and their handling, and the effective use of skis. He pioneered an entirely new route to the Pole and successfully returned.

In Amundsen's own words:

"I may say that this is the greatest factor, the way in which the expedition is equipped, the way in which every difficulty is foreseen, and precautions taken for meeting or avoiding it. Victory awaits him who has everything in order, luck, people call it. Defeat is certain for him who has neglected to take the necessary precautions in time; this is called bad luck."

He was one of the most meticulous planners in the era of explorers. He was extremely detailed in the manner in which he made certain he had the right equipment and it worked. Amundsen was meticulous about his inventory and tested and made sure all his equipment was workable. He also made sure that all his team members were familiar with using the equipment.

Amundsen's integrity was also without question. He correctly recorded his journey's and unlike others, namely Cook and Peary, he did not make false claims about reaching the North Pole. He is a role model about keeping to the facts and not making subjective assessments.

A person who competed with Amundsen to reach the South Pole was Scott. Scott's expedition was tragic. Scott was ill prepared and a romantic. Although I have empathy for Scott's bravery and idealism, Amundsen is the man to be most admired.

The lesson here for modern leaders is that when there is a crisis or an important task, then that is not the time to learn the trade or tools required. You should have practised or simulated the tasks to be performed well in advance. Your luck depends on being well prepared and organized upfront, just like Amundsen.

This article was published over on LinkedIn: Learning from great leaders, Amundsen - the hero explorer