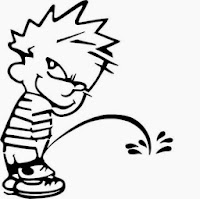 Cloudflare. A bad config (router rule) caused all of their edge routers to crash, taking down all of Cloudflare.
Etsy. Sending multicast traffic without properly configuring switches caused an Etsy global outage.
Facebook. A bad config took down both Facebook and Instagram.
GoCardless A bad config combined with an uncommon set of failures led to an outage of a database cluster, taking the API and Dashboard offline.
Google Cloud. A bad config (autogenerated) removed all Google Compute Engine IP blocks from BGP announcements.
Google. A bad config (autogenerated) took down most Google services.
Google. A bad config caused a quota service to fail, which caused multiple services to fail (including gmail).
Google. / was checked into the URL blacklist, causing every URL to show a warning.
Google. A bug in configuration roll-out to a load balancer lead to increased error rates for 22 minutes.
Heroku. An automated remote configuration change did not propagate fully. Web dynos could not be started.
Microsoft. A bad config took down Azure storage.
OWASA. The wrong push of a button lead to a water treatment plant shutting down due to too high levels of fluoride.
Stack Overflow. A bad firewall config blocked stackexchange/stackoverflow.
Sentry. Wrong Amazon S3 settings on backups lead to data leak.
TravisCI. A configuration issue (incomplete password rotation) led to "leaking" VMs, leading to elevated build queue times.
TravisCI. A configuration issue (automated age-based Google Compute Engine VM image cleanup job) caused stable base VM images to be deleted.
TravisCI. A configuration change made builds start to fail. Manual rollback broke.
TravisCI. Accidental environment variable made tests truncate production database.
Valve. Although there's no official postmortem, it looks like a bad BGP config severed Valve's connection to Level 3, Telia, and Abovenet/Zayo, which resulted in a global Steam outage.

Amazon. An unknown event caused a transformer to fail. One of the PLCs that checks that generator power is in phase failed for an unknown reason, which prevented a set of backup generators from coming online. This affected EC2, EBS, and RDS in EU West.
Amazon. Bad weather caused power failures throughout AWS US East. A single backup generator failed to deliver stable power when power switched over to backup and the generator was loaded. This is despite having passed a load tests two months earlier, and passing weekly power-on tests.
Amazon. At 10:25pm PDT on June 4, loss of power at an AWS Sydney facility resulting from severe weather in that area lead to disruption to a significant number of instances in an Availability Zone. Due to the signature of the power loss, power isolation breakers did not engage, resulting in backup energy reserves draining into the degraded power grid.
ARPANET. A malfunctioning IMP (Interface Message Processor) corrupted routing data, software recomputed checksums propagating bad data with good checksums, incorrect sequence numbers caused buffers to fill, full buffers caused loss of keepalive packets and nodes took themselves off the network. From 1980.
FirstEnergy / General Electric. FirstEnergy had a local failure when some transmission lines hit untrimmed foliage. The normal process is to have an alarm go off, which causes human operators to re-distribute power. But the GE system that was monitoring this had a bug which prevented the alarm from getting triggered, which eventually caused a cascading failure that eventually affected 55 million people.
GitHub. On January 28th, 2016 GitHub experienced a disruption in the power at their primary datacenter.
Google. Successive lightning strikes on their European datacenter (europe-west1-b) caused loss of power to Google Compute Engine storage systems within that region. I/O errors were observed on a subset of Standard Persistent Disks (HDDs) and permanent data loss was observed on a small fraction of those.
Sun/Oracle. Sun famously didn't include ECC in a couple generations of server parts. This resulted in data corruption and crashing. Following Sun's typical MO, they made customers that reported a bug sign an NDA before explaining the issue.

CCP Games A typo and a name conflict caused the installer to sometimes delete the boot.ini file on installation of an expansion for EVE Online - with consequences.
GitHub A 43 second network partition during maintenance caused MySQL master failover, but the new master didn't have several seconds of writes propogated to it because of cross-continent latency. 24+ hours of restoration work to maintain data integrity.
GoCardless. All queries on a critical PostgreSQL table were blocked by the combination of an extremely fast database migration and a long-running read query, causing 15 seconds of downtime.
Google. Many changes to a rarely modified load balancer were applied through a very slow code path. This froze all public addressing changes for ~2 hours.
Knight Capital. A combination of conflicting deployed versions and re-using a previously used bit caused a $460M loss.
WebKit code repository. The WebKit repository, a Subversion repository configured to use deduplication, became unavailable after two files with the same SHA-1 hash were checked in as test data, with the intention of implementing a safety check for collisions. The two files had different md5 sums and so a checkout would fail a consistency check. For context, the first public SHA-1 hash collision had very recently been announced, with an example of two colliding files.

Azure Certificates that were valid for one year were created. Instead of using an appropriate library, someone wrote code that computed one year to be the current date plus one year. On February 29th 2012, this resulted in the creation of certificates with an expiration date of February 29th 2013, which were rejected because of the invalid date. This caused an Azure global outage that lasted for most of a day.
Cloudflare Backwards time flow from tracking the 27th leap second on 2016-12-31T23:59:60Z caused the weighted round-robin selection of DNS resolvers (RRDNS) to panic and fail on some CNAME lookups. Go's time.Now() was incorrectly assumed to be monotonic; this injected negative values into calls to rand.Int63n(), which panics in that case.
Linux Leap second code was called from the timer interrupt handler, which held xtime_lock. That code did a printk to log the leap second. printk wakes up klogd, which can sometimes try to get the time, which waits on xtime_lock, causing a deadlock.
Linux When a leap second occurred, CLOCK_REALTIME was rewound by one second. This was not done via a mechanism that would update hrtimer base.offset (clock_was_set). This meant that when a timer interrupt happened, TIMER_ABSTIME CLOCK_REALTIME timers got expired one second early, including timers set for less than one second. This caused applications that used sleep for less than one second in a loop to spinwait without sleeping, causing high load on many systems. This caused a large number of web services to go down in 2012.


Other lists of postmortems