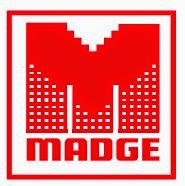 For several years it was impossible to convince the IT guys, buyers or directors from ROBECO to try and buy our Smart Bridges. Despite all the brilliant arguments form the best consultant I ever met in my life, Andre Mooij, it was their firm opinion that it could not be as good, and certainly not better than the ones they used from IBM. Until…….

On that Friday night, around 17.30 local time, I had the call form a very nervous IT manager. His first question was if my last offer to test a MADGE Smart Bridge was still valid. The truth unveiled after a couple of extra questions, all IBM Bridges were down and nobody had a clue what happened and how to solve it. So one Bridge for testing would not be enough. Based on the 6 floor building, consisting of 2 towers each, at least 12 were necessary to have the rings in both towers up and running again.

The solution was one of a kind, based on the hard work of brave people in the warehouse in the UK who shipped the bridges, arranged the flight, a colleague that took the time to fly from Heathrow to Rotterdam and back, having the seat next to the 12 bridges and a poor guy form Robeco who had to pick up the stuff at the airport later that night. I guess it was around 23.00 that I had the call from the same guy who asked me to do this miracle that all bridges were up and running. He is probably still a Madge Superfan. The bank changed policy from IBM to MADGE almost instantly.

For those of you who were with Madge that period, you all remember I was punished for this action on stage during one of the international meetings, based on the fact that all logistic, technical and financial principles, guidelines and rules were broken to have this fixed. The risks were obvious but I choose to go for the opportunity to make Robeco a happy customer. I promised to never do it again and that is the real end of this story.