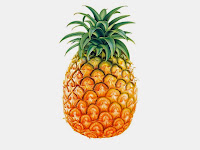 This is a Japanese phrase meaning “go and see for yourself”, which is a central pillar of the Toyota Way, the famous management system adopted by the Japanese car company. Genchi genbutsu is sometimes referred to as “get your boots on”, which has a similar cadence and meaning. It is not dissimilar to the idea behind management by walking about (MBWA), an all-too-briefly popular American version of the same principle.

Read the full article over at the Economist here.