- November 28, 2014
Anne writes in The SAAF and Warsaw: "Robert R. (Bob) Klette Pilot. Attended Grey College. Flew through heavy anti-aircraft fire with three of the aircraft's four engines hit. After dropping the cargo, he turned for home. The control panel was blank, all the gauges and instruments were broken. In the pitch dark night, he managed to make an emergency landing on a Warsaw airfield. The Germans took the crew prisoner. Died April 2001? in Somerset West." 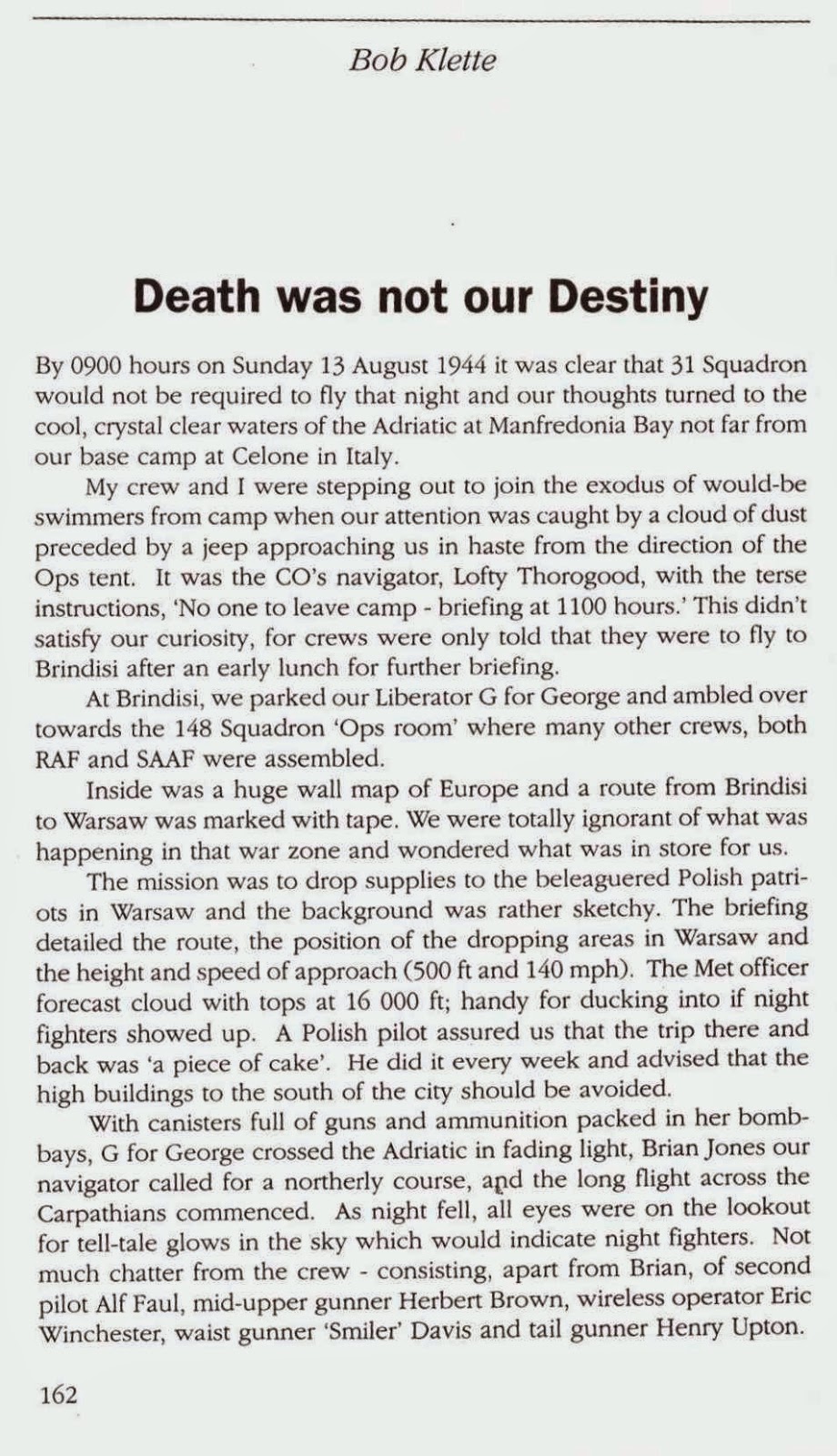 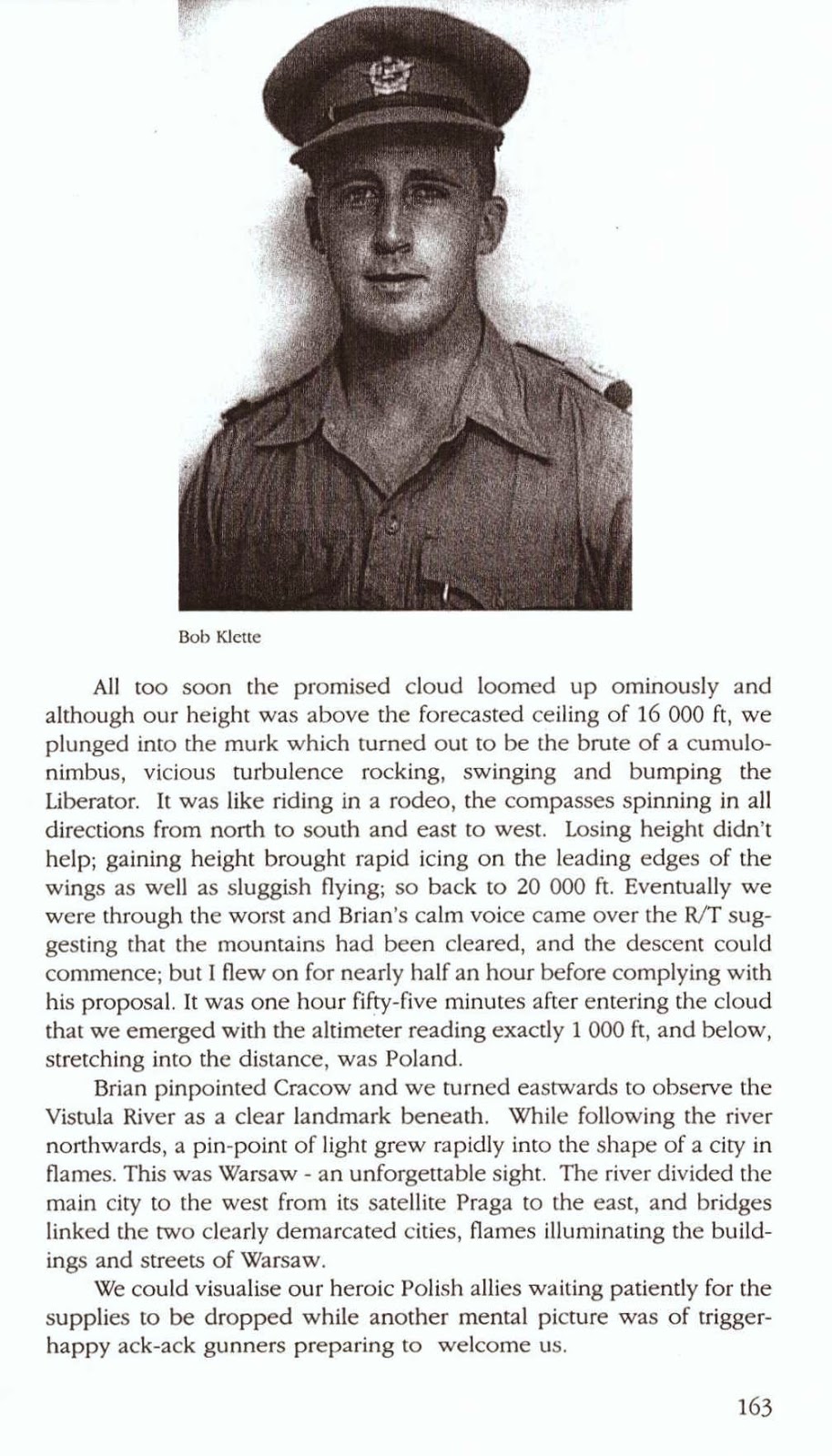 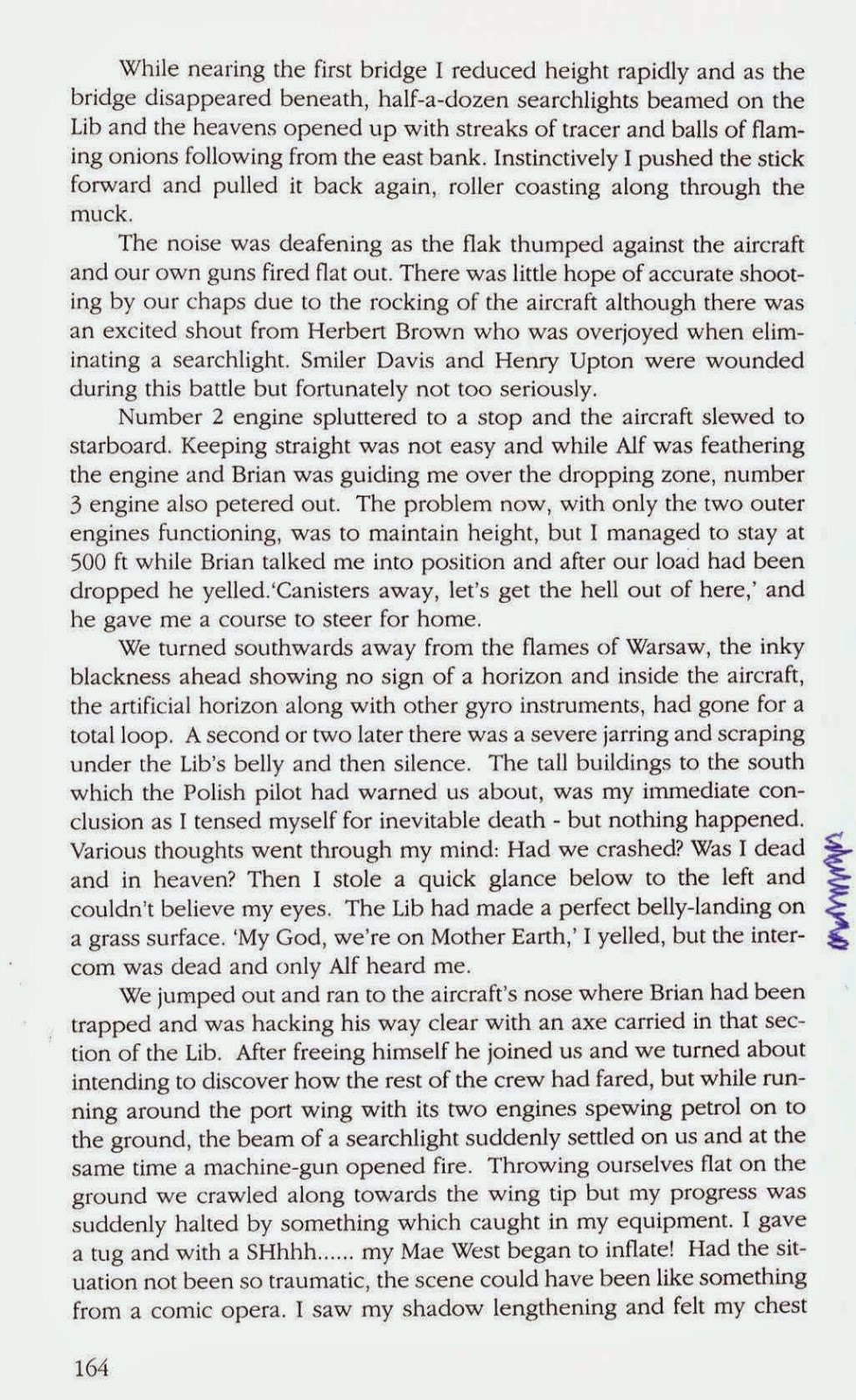 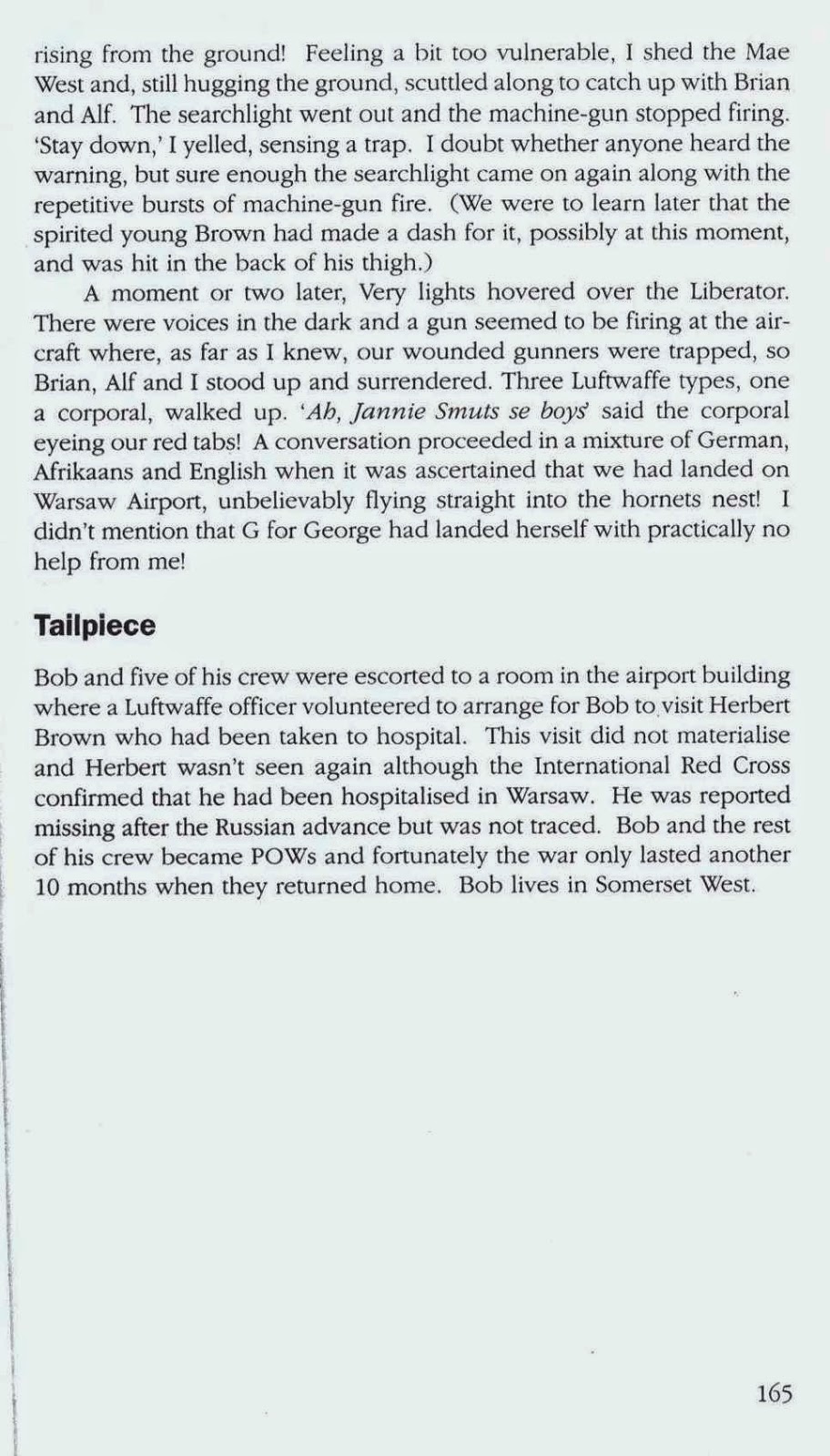