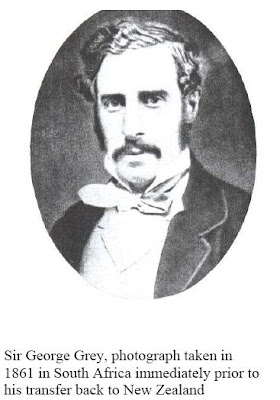 George Grey was born in Lisbon, Portugal, in 1812. His father, Lieutenant Colonel George Grey had been struck down in battle at the Spanish fortress town of Badajoz a matter of days prior to his son’s birth.
Young George and his sister Anne were raised by their mother Elizabeth Vignoles Grey, with the help of a close-knit extended family. In 1817 Elizabeth married the baronet Sir John Godfrey Thomas of Wenvoe, Vicar of Wartling and Bodiam. George and Anne subsequently acquired a number of half-brothers and half-sisters.
In 1826 George enrolled at Sandhurst as an officer cadet and on his graduation 4 years later was commissioned ensign in the 83rd Foot Regiment in Glasgow. During the regiment’s posting in Ireland Grey began to recognize the repressive nature of English rule in the country and began to resent, and eventually loathe, its harsh indifference to human misery. He was moved to write a report on ways to improve Irish peasant conditions, but his suggestions were ignored.
In 1836 Grey returned to Sandhurst for an advanced course. He graduated with a first class certificate and special commendations, but with no desire to return to garrison duties. Grey’s interest in colonisation was growing along with his desire to explore new lands. Together with colleague, Lieutenant Lushington, he developed a proposal to explore the mysterious north-west coast of Australia. The proposal was accepted and in June 1837 Lushington and Grey embarked HMS Beagle bound for Cape Town where they were to charter a small vessel in which to explore Australia’s Prince Regent River and as much surrounding land as was practicable. They were to "familiarise the natives with the British name and character", record information on the country’s suitability for colonisation and collect botanical and zoological specimens. A second expedition saw Grey exploring north of Perth and in 1839 when Sir Richard Spencer, Resident Magistrate of Albany (about 250 miles south of Perth) died, Grey was offered the post on a temporary basis. 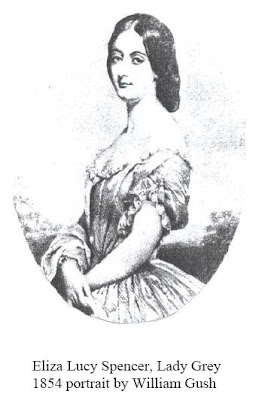 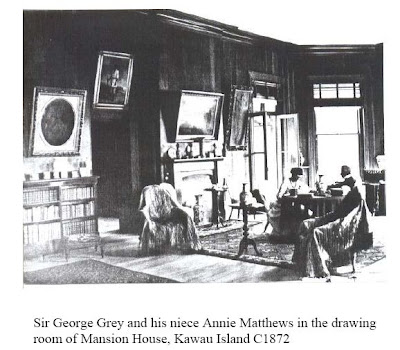 In 1894 Sir George returned to England where he was invested as a Privy Councilor by the Queen whom he had served devotedly throughout his career. He was briefly but unsuccessfully reunited with Lady Grey and died within a few weeks of her death in September 1898. At his death he was honoured with a state burial at St Paul’s Cathedral. A poignant message from the Maori people –
"Horei Kerei, Aue! Ka nui matou aroha ki a koe" George Grey, alas! Great was our love for thee."
Reference:http://www.doc.govt.nz/upload/documents/getting-involved/students-and-teachers/field-trips-by-region/george-grey.pdf