ITIL in the enterprise (the cart before the horse) 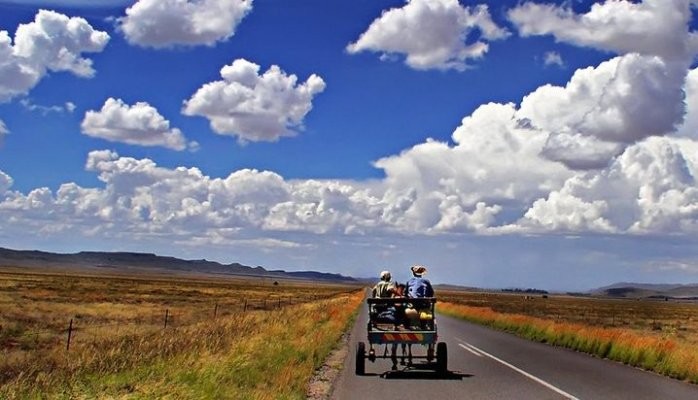 What problems are YOU addressing? This is a very simple and straight question which in my opinion is not being answered by IT silos in the enterprise. The modus operandi has always been to recruit consultants, who have appeared in these flavours:

What problems are YOU addressing? We return to this question and analyze it further. To assist in dissecting the question we can take some direction from Rudyard Kipling, who in The Elephants child, said: "I keep six honest serving-men (They taught me all I knew); Their names are What and Why and When And How and Where and Who." Thus,

In this context we see why the cart has been put before the horse in ITIL enterprise deployments. The ITIL horse is problem management, the rest is the cart!

If the problems in the enterprise are identified then the ITIL show can start putting some rubber on the road. Many consultants and vendors handle problem management as the ugly sister of process management. As an example, there is no root cause analysis software available for Information Technology. So, what problems are YOU addressing? Here is a tip to start burning some rubber.

The first step to start answering this question is to review major incidents and the major incident process. A major incident is an incident with severe negative business consequences and an important duty of a problem manager is to evaluate the efficiency and effectiveness of the incident management process.

The benefits of this approach are not immediately obvious but it touches largely on financial management. Within IT, the cost base is always the IT budget and it is not easy to prove an investment return on the IT budget base. As an example many ITIL based initiatives add to the IT budget base without a corresponding measurable reduction. This would be true of a CMDB implementation, as an example. The major incident process is crucial as it focuses on business consequences and a measurement of the associated costs of a return to service. This is where a financial justification can be extracted. The costs associated with a return to service influence the business budget base. Light bulb! We are addressing business problems and not IT problems.

The route to these problems are lit up by a crucial component of incident management know as the Expanded Incident Lifecycle. When reviewing major incidents the sources of problems can be determined from the following recorded times:

How will these help (and are they even recorded in your pimped up database)? Remember we are working on a business financial justification which is all about money! Time is money. TIME IS MONEY! Thus an analysis of these times will clarify the following small sample of potential problems:

Straight from the horse’s mouth, you now have a set of problem and in all probability the financial justification to correct it. What you need in your cart after this approach might not be what you had previously envisaged, especially if the cart was sold, serviced and specified by a vendor or consultant. And we haven’t even addressed the analysis of root causes which we’ll leave to another blog post soon.

Major incidents and by implication problem management have three broad cost categories associated with them. As can be expected time is an important multiplier. These cost categories are listed here to provide better insight into the financial due diligence required.

The above is made up of the following costs:

What problems are YOU addressing? The short answer should be those that drive the business. This approach will determine whether the existence or not of a service desk, change boards or CMDB are indeed problems as opposed to vendor driven hard sells.

This article was originally published over on LinkedIn: ITIL in the enterprise (the cart before the horse)