November 02, 2011
On the theme of leaky VLANS, I noticed Ron Trunk's IOS Security Features presentation over at Netcraftsman: 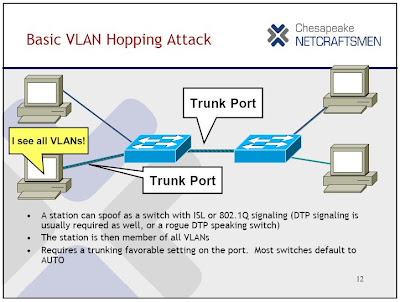 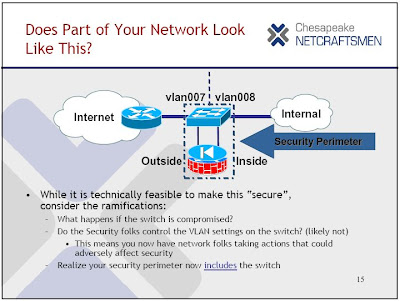 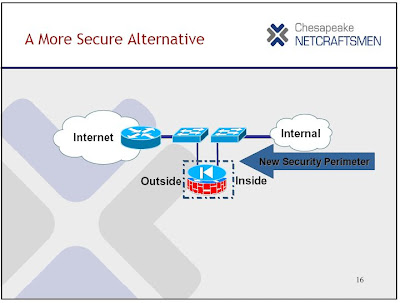 I don't agree with the reasoning.
My real beef is the heading, "A More Secure Alternative". A more secure alternative is to do real time monitoring of the network, introduce application security, have appropriate security agents on the servers, lock down your servers, patch them for vulnerabilities, etc. I have the impression that individuals who implement seperate switches instead of VLANs will feel they have done enough, which is far from the truth.